From Antwerp to Antwerp via Minsk

It’s been a while since we were last in contact but there is a good reason why I write to you today with a straightforward question.

I recently received an invitation from TEART festival in Minsk to perform my theatre show Song for Gigi (detailed information below and attached) in the next TEART edition in September 2020.

I would like to say yes to this invitation.
However, the distance between my home base Antwerp and Minsk is some 2000 km and my crew and me do not travel by flights, never, no exceptions made, not even for a tempting invitation like this one. Instead, we choose to do our travels slowly, usually by train. In this case however, we would like to drive all the way to Minsk, transporting the set and crew in one vehicle on the condition that we can make 3 extra stops along the way.

Touring my work is very important for me as a theatre maker and performer, although not at every cost. Ecological considerations are a driving force in questioning my ways of producing and of showing my work. My practice has evolved because of this, towards smaller works that can escape the common conditions and expectations of touring and the underlying assumption one should be able to show one’s work at any given time, at any given place. From this perspective, it is clear that unless we can present Song for Gigi (detailed information below and attached) in three extra venues/festivals along the road to or from Minsk, the whole venture From Antwerp to Antwerp via Minsk would be an irrational and irresponsible undertaking in terms of production and sustainability.

So, we wondered, would it be possible to convince at least three programmers with venues or festivals along the way between Antwerp and Minsk to present Song for Gigi in mid september 2020? Is it possible to establish an exchange on this, and reach an outcome even this last-minute (to regular standards)?

As such, this has become an investigation which we want to include you in. Hence my question to you: Would you consider showing Song for Gigi to your audience next September and give your support to an alternative way of touring? And, if you share and support this perspective, would you be willing to contribute to this investigation on how to make this possible, for instance by involving other programmers or sharing this request with colleagues of yours that might be supportive of this idea in other cities and venues along the way?
Even if you see no possibility of becoming one of the three stops along the way, it would be very appreciated if you would collaborate to our research, by responding with your thoughts on the matter.

We look forward to hearing from you soon,
Many thanks in advance for your kind collaboration, 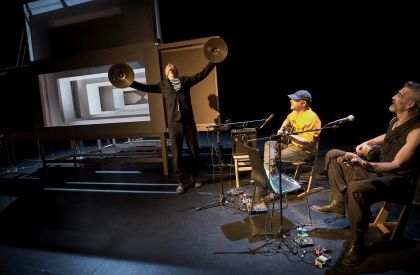