Bosse Provoost (b. 1993) graduated with a Master’s in Drama from the School of Arts Ghent|KASK Ghent. In his work, he radically opts for ‘a theatre of sensory under-stimulation’, creating compositions of shifting light and atmospheres, silences and semi-human seeming figures. Examples of this are Herberg, which took place at sunset beneath a highway crossover, far removed from the audience, and Moore Bacon!, which he made together with Kobe Chielens. With the recent Matisklo, based on the poems of Paul Celan, Bosse Provoost sought out the limits of the expressible and visualizable.

His productions are “compositions of shifting light, silences, rhythmic games and half-human figures”. In 2015, he made two productions with Kobe Chielens. Herberg, a grand and breathtaking anti-spectacle, was performed at sunset beneath a highway crossover, far away from the audience. In Moore Bacon!, a radical game of ‘sensory understimulation’ was performed with a minimum of light in a pitch-dark space, causing the spectator to perceive impossible images. The show won the Jong Theaterprijs (Young Theatre Prize) at Theater Aan Zee (BE) and Het Debuut (The Debut) at the ITs Festival in Amsterdam, and toured in Belgium and the Netherlands. “An incredibly strong show,” said the TAZ jury report.

In 2017, Bosse worked with the collective de polen to make The Act of Dying, in which three performers play an animated game of death and resurrection. A wooden frame moved in response to the strains of Gorecki’s Symphony No. 3. With the recent Matisklo, made with Ezra Veldhuis and others, Bosse Provoost refined his search for the limits of the expressible and visualizable. The show was based on the poems of Paul Celan, in which each word is like a stone that has been picked up and can be viewed from many different angles. In their ‘meaning-hunt’ (Celan’s term) in poems, the two actors were accompanied by figures clothed in radical, ‘person encompassing’ costumes designed by Max Pairon. Said Carl De Strycker, editor-in-chief of Poëziekrant: “Seldom have I experienced such a surprising evening of theatre, but neither have I ever before had the feeling that poetry was staged so accurately.”

Bosse Provoost is currently working with Ezra Veldhuis on a show called SUN-SET, a word that more or less means ‘the generation of a world’. They approach the black box as a dark cave in which ‘magic is worked’ with light in order to construct images and worlds. With Kosmogonie, they want to disrupt and rediscover the apparatuses with which that magic is realized. The show is coming out in February 2020. 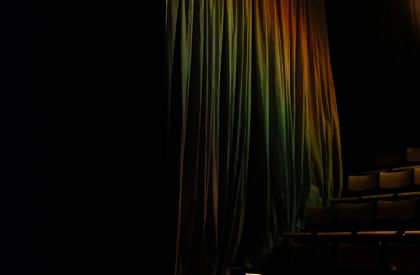 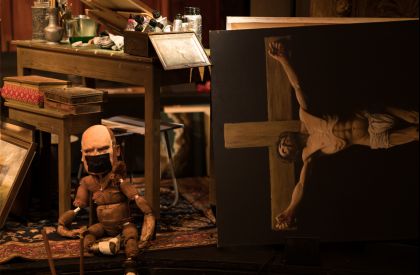 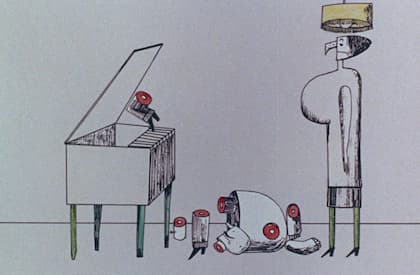 The Act of Dying 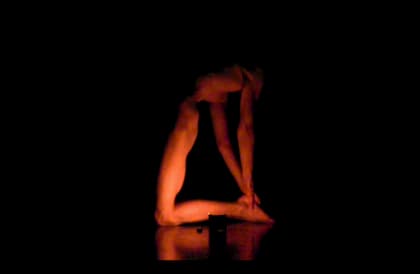