Dying is an act that doesn't stop.

The production Moore Bacon! (2015) put Bosse Provoost (along with de polen, the collective founded in the meantime) squarely on the artistic map: this oppressive solo won The Debut Award at ITs Festival Amsterdam and the KBC-TAZ Jongtheaterprijs (Young Theatre Prize) at Theater Aan Zee 2016. It was performed by Kobe Chielens and directed by Bosse Provoost. Of a totally different nature was Herberg, an impressive and poetic site specific project, presented at Love at first Sight I, with Lieselotte De Keyzer and Geert Belpaeme, among others.

In their new show The Act of Dying, three performers attempt to die like cheerful, non-human figures. They seek the ultimate freedom of the animated character, resurrected from the dead after a thoroughly violent end. It is a danse macabre of characters in a sphere where the boundaries between life and death, guilt and innocence, human and non-human are no longer important. Both ‘violence’ and ‘death’ are fascinating questions to bring into the theatre because of the impossibility of actually staging them. Dying, playing dead and killing on stage requires a level of abstraction and suggestion that brings to mind animated films and the tableaus that children create. By approaching death from the light and playful viewpoint of the animated character, de polen aims to present a true tragedy. The actors are accompanied by a wooden frame and the Third Symphony van Henryk Górecki. 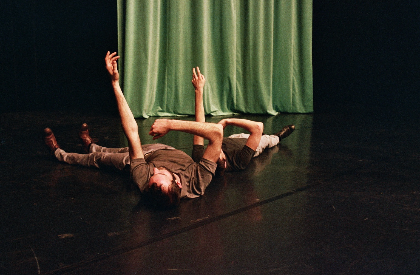 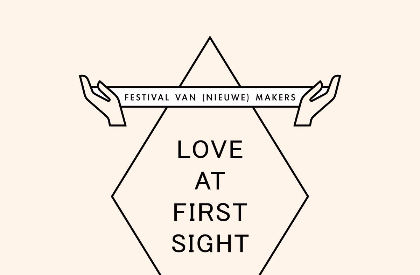 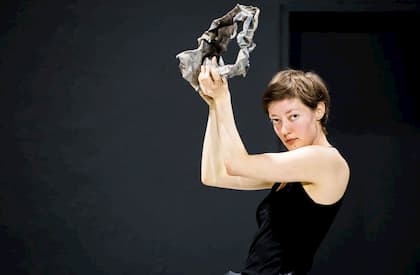 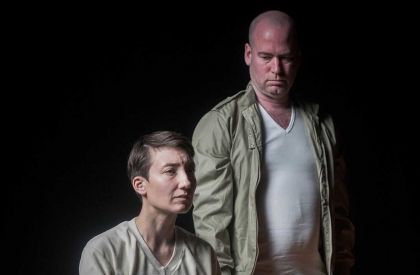