"The world only becomes real because of how we look at it, and the blind guide is the one who opens our eyes.” - Guy Cassiers

Few artists have as many arrows in their quiver as the 35-year-old British author Kate Tempest: she has hauled in a series of awards with her poems and novels, and she also has – with her spoken word performances – the allure of a rock star who fills large halls. In her spoken poem Tiresias, Tempest shifts the narrator’s identity from male to female to a blind seer who acquires insight into the human condition.

A role that is cut out for actress Katelijne Damen, with whom Guy Cassiers previously made the production Orlando, after Virginia Woolf. Like Tiresias does now, Orlando told the story of a transformation from man to woman and pointedly asked all sorts of questions about identity.

Tempest places this subject matter in the midst of a contemporary urban context in which it is becoming increasingly easy for an individual to lose their way. Her Tiresias is a 15-year-old boy who transforms into a woman and ultimately turns into a prophet that no one listens to. Despite the apparent blackness of this theme, Tempest’s language is extremely playful and concrete.

The setting is the same as for Antigone in Molenbeek, but here Guy Cassiers introduces a musical counterpoint to the voice of Tiresias: Dimitri Shostakovich’s Symphony No. 8, performed live by the Antwerp Symphony Orchestra in the Elisabeth Hall on two unique concert evenings.

While Antigone in Molenbeek stands on its own as a production, it also forms a diptych with Tiresias.

We are also presenting the two shows as a double bill in the Bourla (without a live orchestra). You can book tickets for that here. 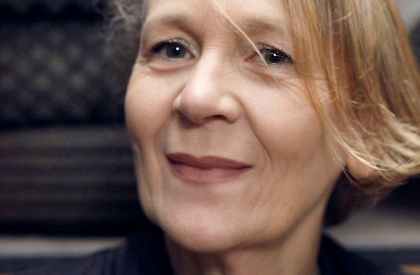