Jérôme Kircher does the show as a monologue. Because Kircher is alone on stage and performs all of the roles – the narrator, Mr Linh and Mr Bark – it gains a special flavour, atmosphere and significance. It becomes a show about the power of the imagination and of portrayal.

Kircher tells the story with all of the means available to him: dramatic action, words, images, music, sound, projections….But at the same time it is also a show about loneliness, about the longing to communicate with others – and not in the last place, with the audience. Are we in the head of the narrator? Are Mr Linh and Mr Bark voices in his head? Is telling the story his way of coping with trauma?

The production will be made in several language versions. In each language, a different local top actor will play. The French version - La petite fille de monsieur Linh (Mister Linh and His Child) - features the celebrated French film and theatre actor Jérôme Kircher.

It’s not a one-man show, it’s not a solo, it’s a Guy Cassiers production. That is to

say, a kind of theatre that orchestrates the sounds, images, volumes, bodies and

statements in a masterly way.

"Jérôme Kircher, an actor who knows how to deliver an intensely intimacy, succeeds in making this delicate chemistry sparkle on stage."

"For that matter, this monologue that Jérôme Kircher performs splendidly has an incredible beauty that takes every bit of reserve along with it."

"Monsieur Linh and His Child by Guy Cassiers is a little gem full of tenderness and hope, and a plea for tolerance."

"Standing alone on stage in front of a black backdrop, Jérôme Kircher by turns becomes a narrator, character or musician in order to tell the story of an old man, a survivor and exile in a ‘land with no odour’, with virtuosity."

"The beauty of Guy Cassiers’ production embraces a subtlety that gives us access to this immemorial and topical exile."

"In Bobigny’s MC93, the Flemish director continues his exploration of issues concerning migration by concentrating on Philippe Claudel’s novel. Alone on stage, Jérôme Kircher sensitively presents the standpoint of a migrant who is seeking a new destiny."

"Given the novelistic structure of the work, the show builds up a world of images, interventions and revelations through the eyes of Mr Linh and in direction of the spectator. The audience, thrown off balance by this perspective, open its mind for a concentration of true beauty." 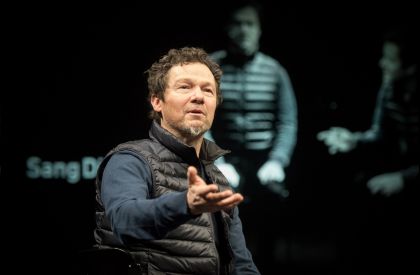 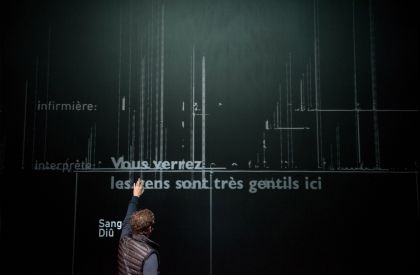 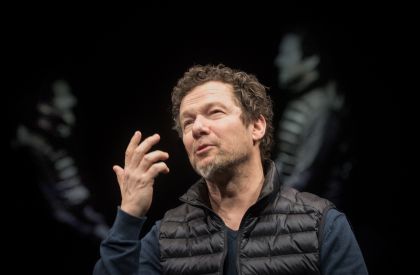 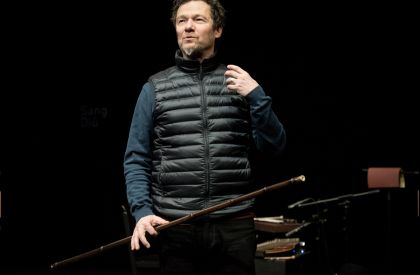 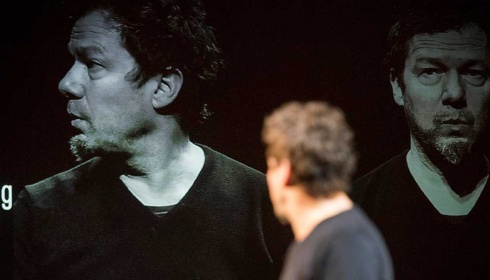 "The dialogue between the countries remains sterile. We reject what we don’t know. And this is the card that draws the extreme right and populism. As I have already illustrated in De Welwillenden, there is a monster lurking in our hearts. At any moment, that monster can be drawn into a power game…. Although I don’t fear the imminent return of fascism in Europe, I deplore the reintroduction of all those borders that point to an absolute lack of political responsibility." 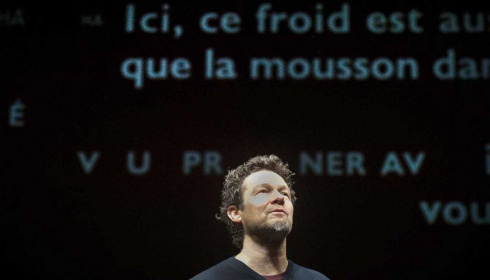