Back in March 2020, nobody could have suspected that now, almost a year later, we would still find ourselves in the same difficult circumstances. Unfortunately that is indeed the case. It seems as if time has stood still. As if we have lost a year. Yet we are not giving up hope. We have not done so for an entire year. And we are not doing it now.

The coronavirus has forced itself upon us as the only reality. It not only determines today’s reality, but also tomorrow’s. The corona numbers determine our perception of that reality: the new cases, the hospitalizations, the deaths, the vaccinations. The fluctuations in the numbers keep us wavering between hope and despair.

Even our imagination seems to have lost its vitality. The only imagination that still prevails is an apocalyptic imagination in various stages. Maybe three more months, maybe another half year, maybe one more year…. That harsh reality cannot be denied, but we have to keep our imagination focused on the future, on the possibility that has not yet been realized.

Like you, we are waiting for the moment when theatres can throw their doors wide open again. Theatres are places where our confusions and expectations, our fears and desires are turned into images. Places where we can come together as a group and not feel alone. This is why they are so important.

Even though Toneelhuis has been much less visible during the past year than we wanted to be, we have not thrown in the towel. Our imagination has not gone into lockdown and has not allowed itself to weaken. Our whole team has worked long and hard, under safe – and therefore not always self-evident – circumstances. Right from the beginning of the corona crisis, one of Toneelhuis’s most important principles has been that we would try to make all of our own productions that were planned and to show as many of them as possible. So far, we have succeeded in this.

Gekken & Specialisten by Timeau de Keyser, Wachten op Godot by Olympique Dramatique and Antigone in Molenbeek + Tiresias by myself all had their premieres in the fall. The Sheep Song by FC Bergman is also ready for the stage. Benjamin Verdonck is continuing to travel around the world in Antwerp with his Wereldtournee in Antwerpen. In the meantime, Lisaboa Houbrechts is working on her show I Silenti, and Mokhallad Rasem is rehearsing with Kuno Bakker for Homemade. Within a few weeks I myself will be starting to work on April by Willem de Wolf. That’s a whole lot of imagination waiting for you in the wings!

But we must remain patient for a while longer. Toneelhuis is currently obliged to keep the theatre closed to the public until 15 March. All previously planned shows have therefore been cancelled or rescheduled. We will start ticket sales as soon as we are sure that theatres are allowed to reopen. Visit our website and follow social media for all updates.

Let there be no doubt about it: our imagination is working at full speed. We are in the wings, ready to go on stage. We will wait until you are sitting in the theatre. Then the curtain will go up… and we can enjoy theatre together again.

In the meantime, keep safe and take good care of one another.
Thank you for your understanding and patience.
We miss you.

These are the (new) premiere dates for our planned Toneelhuis productions: 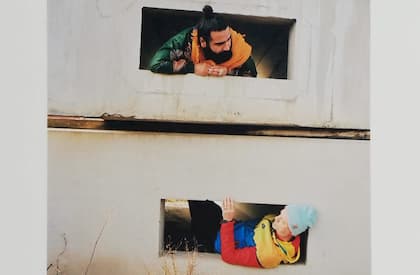 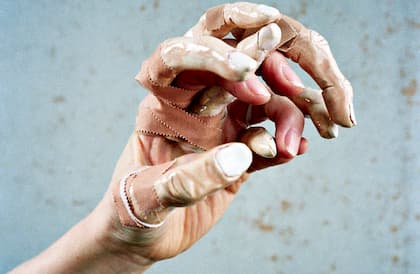 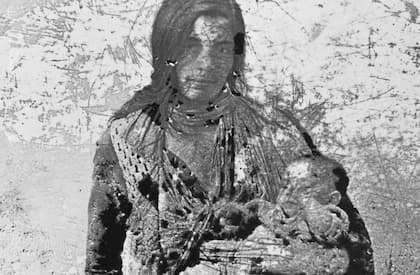