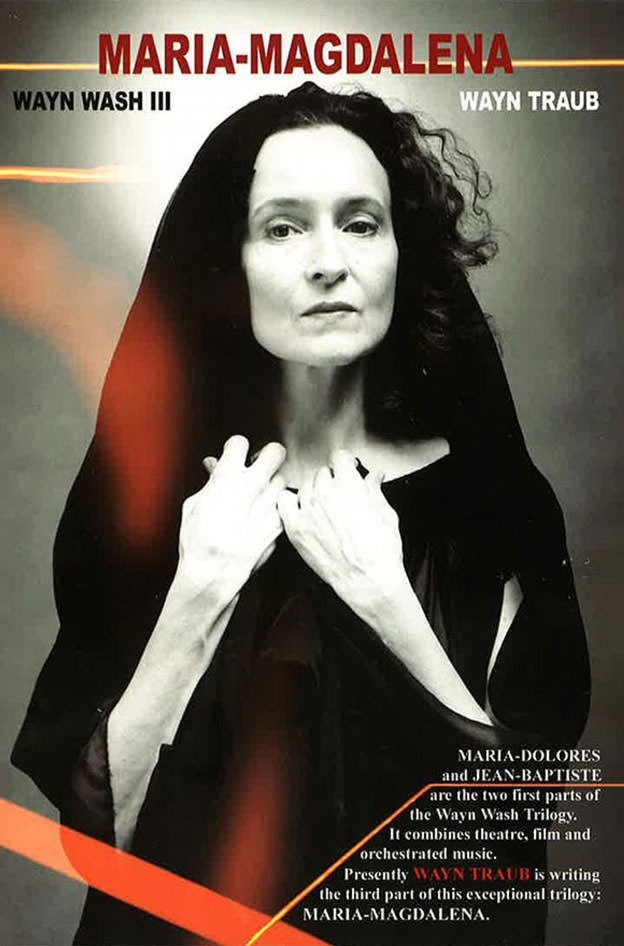 In 2001 Wayn Traub wrote a trilogy about the three main Christian icons around Christ: the Virgin Mary, John the Baptist and Magdalena. In this large multimedia concept, he wants to heal his own wounds and those of our age with an artistic marriage between film, theatre and music.

In 2009 the last part of the trilogy will be premiered and the three parts will go on tour together. Each part can be presented separately, but also combines nicely with the other parts. The three parts uniquely present the cinema-opera concept: an original orchestral score serves as a lubricant for the combination of an archaically choreographed style of acting on stage and a contemporary fictional docustyle on one or more video screens.

This showreel contains a short compilation of the first two parts of the trilogy and extra images and impressions from Wayn Traub’s work (film images, a fake interview, video clips and small projects).