"I'm interested in the opera audience, collectively as well as inpidually: all spectators are together in the house, but they each create their own story. As a director I hand them a brush and paint; their job is to create the painting." Guy Cassiers

What is Xerse? A meeting between two seventeenth

century musical worlds, the French and the Italian, in a grandiose work by two luminaries – and sometime rivals – of opera history, Cavalli and Lully. The opera was well received in Italy in 1654; it was a typical product of the Venetian lyrical tradition, with Pietro Francesco Cavalli, Monteverdi's pupil and successor, as one of its figureheads. At the invitation of cardinal Mazarin, the work was performed six years later in the Galerie d'Apollon at the Louvre, on the occasion of Louis the XIVth wedding to Maria Theresa of Austria. To satisfy the aristocracy's and the young king's passionate love of dance, the court composer, Jean-Baptiste Lully, was commissioned to write ballets for the opera. The genre resulting from this encounter, the lyrical tragedy, was soon to become a highlight of French music.

After staging Wagner at Milan's La Scala and Berlin's Staatsoper, the Flemish director, Guy Cassiers, tackles another type of ‘total theatre‘, as the Opéra de Lille stages the work's magnificent ‘French version’. Through singing and dancing it tells how the king of Persia sets out to conquer Athens… and makes several other conquests along the way, perhaps of a more amorous, but no less valiant nature 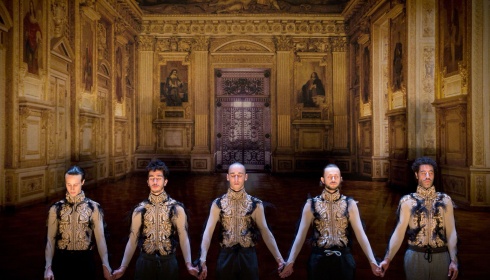