The opera Trompe-la-mort, with a libretto and music by the Italian composer Luca Francesconi, concentrates on one of the most fascinating characters from La Comédie humaine (The Human Comedy): Jacques Collin alias Vautrin alias M. de Saint-Estève alias Carlos Herrera alias Trompe-la-Mort, a master at metamorphosis who climbs up from scoundrel to police chief. He’s not only a master at transformation, but also a master at manipulation.

In Trompe-la-mort – based on Balzac’s novels Illusions Perdues (Lost Illusions, 1837-1843) and Splendeurs et misères des courtisanes (The Splendours and Mysteries of Courtesans, 1838-1847) – the bogus ‘Spanish priest’ Carlos Herrera completely exploits two young lovers, the ambitious but weak Lucien de Rubempré and the guileless prostitute Esther Gobseck, in order to become rich and influential in the highest Parisian circles through them. He manipulates their emotions, makes use of their weaknesses and steers their behaviour. The two lovers come to grief, while in his final incarnation the brilliant manipulator becomes police chief and thus serves the order that he had wanted his whole life to subvert.

Trompe-la-mort is a dismantling of the mythology of romanticism and a raw social analysis of the money, prostitution and crime that connected the aristocratic circles with the Parisian underworld.

After staging the great modernist authors of the 20th century (Proust, Musil, Conrad, Woolf, Lowry), with this opera Guy Cassiers is taking on the 19th century ‘father’ of them all. Cassiers will also be delving further into Balzac’s work in seasons to come. 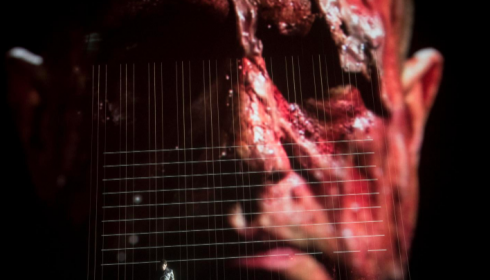 On March 16 th 2017 the Opéra National de Paris will present the première of Trompe-la-mort, a new opera after Balzac set to music by Luca Francesconi and directed by Guy Cassiers. The same week the Centre Pompidou in Paris is showing Le sec et l’humide, in which Cassiers continues his exploration of the theme of his impressive production De welwillenden (The Kindly Ones, 2016), after Jonathan Littell’s novel The Kindly Ones about the extermination of the Jews by the Nazis.