‘If you are looking for a bastard I will gladly play the part.’

Risjaar (Richard) is repulsive. He was born premature, unfinished. He is deformed, limps and is hideously ugly. During the Wars of the Roses, which suddenly broke out after the death of Henry V, Risjaar fought with all his might for his family, alongside his brother Edwaar (Edward). Edwaar is now the king, as a result of several brutal political assassinations devised by his crippled brother. However, the end of the war does not bring Risjaar the peace he has desired for so long.

There is no peace of mind for Risjaar. His distaste for humanity, to which he will never really belong, is too deeply rooted. On the contrary, something has been born, something fuelled. An insight. A craving, a callous and ambitious hunger. An opportunity to rise above himself: ‘If you are looking for a bastard I will gladly play the part.’

In his play Richard III, Shakespeare created one of the most memorable monsters in literature. What makes him so attractive is his free and unashamedly cheerful display of amorality. Brazenly inhuman opinions have never sounded so sweet.

Risjaar Drei is a portrait of an elite, a small group of rulers who have reduced politics to a game of chess in backrooms and corridors. The ideal breeding ground for the smartest of them, the most cunning, the most eloquent and the most ruthless to become a perverse dictator. Power as the goal. But what about that power once it is obtained?

"What a script, what a cast, what a performance! (...) Even Trump couldn’t compete with this Risjaar. So cunning and so intelligent."

"Typical Antwerp theatre drenched in a voluptuous sauce of power-craziness and first-rate performances by an impressive cast."

"Peter Van den Begin shaped the character of Risjaar so well that in the end we the audience couldn’t help liking this incredible two-faced bastard just a little."

"Risjaar Drei recalls the time when theatre revolved around actors." 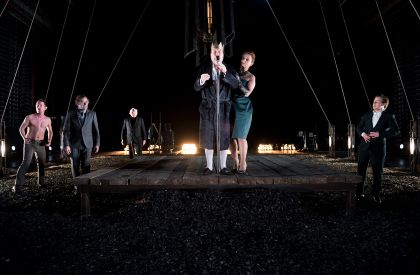 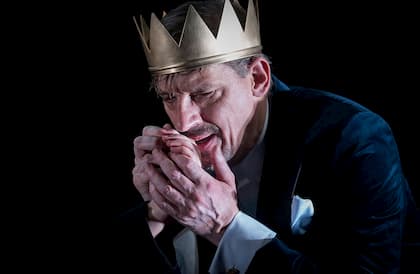 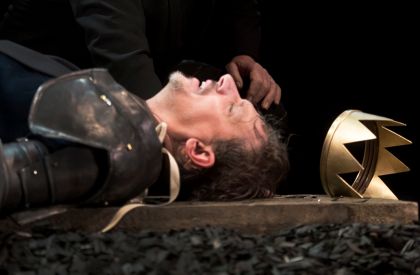 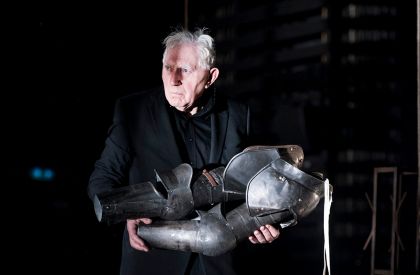 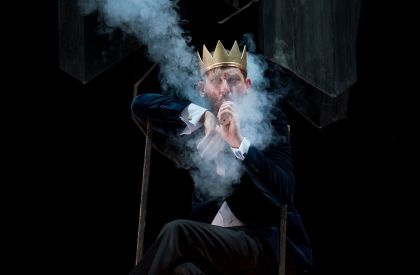 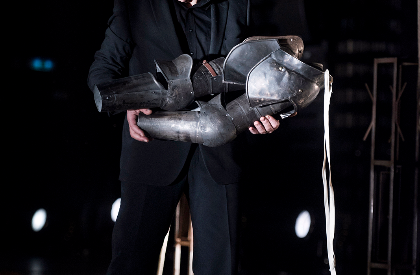 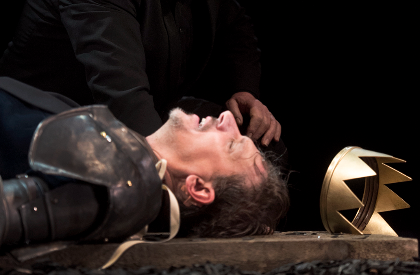 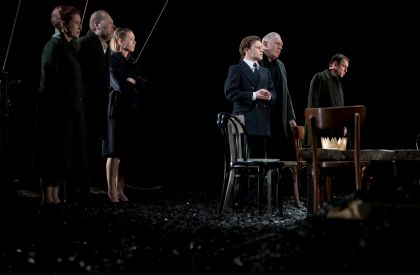 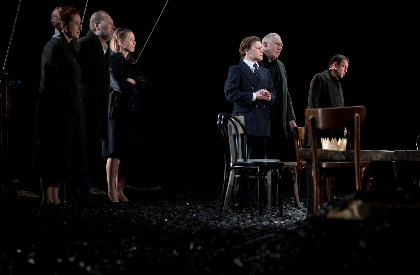 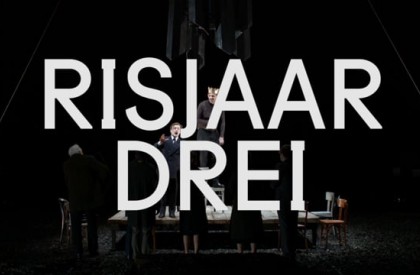 Location
at Toneelhuis and on tour
Duration
2h30

A tribute to Marc Van Eeghem.

"I jumped for joy when Tom Dewispelaere and Stijn Van Opstal asked me to play Risjaar! I had already seen Jan Decleir excel in that role, and Pierre Bokma. And in Brooklyn I saw a version of the play with Kevin Spacey. And now, damn it, it’s me! I’m as ecstatic as a child seeing snow for the first time."