Mefisto for ever is an adaptation by the author Tom Lanoye of Klaus Mann’s novel Mephisto. In this biographical novel, published in 1936, Klaus Mann deals with an actor/theatre director who collaborated with the Nazi regime.

The starting point of the performance is a clear historical situation. After the extreme right party has entered into power, a theatre company is reflecting on where things should be going from here. Some of the actors leave the country and choose to go into exile to offer resistance from abroad.

Theatre director and star actor Kurt Köpler – the name of the leading character in Lanoye’s revision – on the other hand He thinks he is able to fight the regime from within. Beauty is the artist’s weapon. But how long can you keep it up? Where does the strategy end, and where does the fatale compromise start? Guy Cassiers and Tom Lanoye adapted Mephisto into a contemporary fable about art and politics, integrity and betrayal, passion and opportunism. Mefisto for ever mixes Tom Lanoye’s satirical seriousness, Guy Cassiers technological theatricality and a strong cast, with an explosive cocktail as a result. It is contemporary theatre about contemporary things…

After his impressive Proust cycle, a poignant and subdued theatrical meditation about memory and lost time, Guy Cassiers focuses on the complex connection between art, politics and power in a new trilogy, the Triptych of Power.

The first part Mefisto for ever, based on the novel Mephisto by Klaus Mann, was first performed in the autumn of 2006. Cassiers got his inspiration for the second part Wolfskers in three film scenarios from the Russian movie director Aleksandr Sokurov about Lenin, Hitler and Hirohito. The third part Atropa. Avenging peace reaches back to the Greek tragedies and more specifically those featuring the Trojan War.

Although the three parts can be viewed as separate performances, also in this case the whole is more than just the sum of its parts. Just like in the case of the Proust cycle the trilogy offers the possibility of deepening and broadening the theme. As the trilogy builds up, more and more echoes are sounding along.

News about ‘Mefisto for ever’ 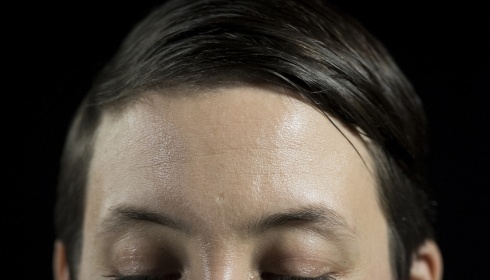 "I don't compromise. If you do that, you disavow yourself." 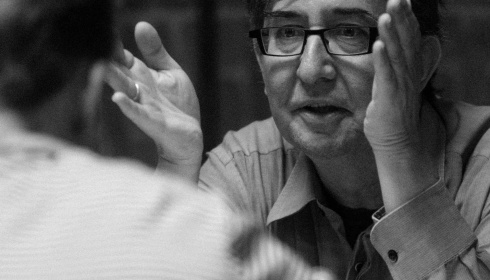