From 2010 to 2013 Guy Cassiers will be directing Richard Wagner's opera cycle The Ring of the Nibelung for the Scala Theatre in Milan. Musical direction is by the world-renowned Daniel Barenboim.

Whereas Das Rheingold (the first part of Wagner's trilogy The Ring of the Nibelung) paints a colorful and epic portrait of the mythological world of the gods, underworld beings, and giants, in the Die Walküre, the second part of the trilogy, the human world comes into focus. In his attempts to reclaim the ring, Wotan solicits the help of his favorite daughter, the Valkyrie Brunhilde, and his illegitimate children Siegmund and Sieglinde. But Wotan suffers a double loss: Siegmund is killed in a duel and Brunhilde loses her pine status to become a mortal.  In spite of the spectacular staging such as the duel between Siegmund and Hundig, and the Valkyries who carry the dead warriors to Walhalla, this opera is a portrayal of spiritual-reflection, farewell, and melancholy.

In May 2010, Das Rheinghold, the first part of the The Ring of the Nibelung, premiered in Milan. Die Walküre premiered on December 7, 2011. The December premiere was shown live on screen at the Bourlaschouwburg. 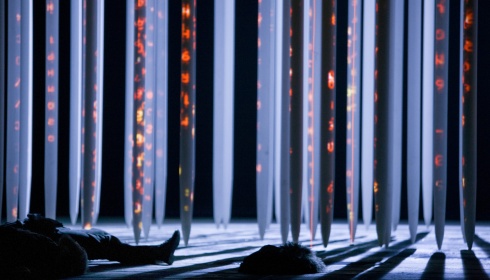