The landscape park, its history and still undecided future formed all sorts of inspiration for the artists in creating new works for the exhibition. With its curving paths, vistas, outlook points and large pond designed in the English landscape style, the park paints an ideal picture of nature. Several of the artists took this manipulability of nature and our changing idea of ‘nature’ as their starting point. The works of other artists tell a story about a historical event or about particular people who lived in this summer palace, or cast a glance at how the palace and garden might be used in the future. A walk through the park is a kind of voyage of discovery, a journey past a number of attractions that form a connecting thread between Soestdijk’s history, present and possible future. The name ‘Palace in Wonderland’ subtly refers to Lewis Carroll’s almost identically named fairy tale, in which the main character also goes on an amazing voyage of discovery and has special encounters.

Benjamin Verdonck has made two works for Palace in Wonderland.

Tucked away in a wooded area of Soestdijk Palace’s landscape garden is a small wooden chalet. Princess Wilhelmina received this little house as a present for her 12th birthday in 1892. It is built in the Swiss style, and the brooklet that runs next to it was specially designed to evoke a picture of the perfect Alpine landscape. The rustic little bridge and tree stumps made of cement complete the illusion. The chalet contained a doll house and children’s furniture with which the Princess could play to her heart’s content. Now, a little house made out of cardboard stands next to Wilhelmina’s chalet. It is the playhouse of the youngest daughter of artist Benjamin Verdonck. For Palace in Wonderland, he exchanged playhouses: in his backyard in Antwerp there now stands a copy of the chalet in which his daughter can play princess, and in the palace garden there stands a cardboard playhouse in which a princess can be a child for a moment.

Hanging under the ridge piece of Soestdijk Palace is a large bird nest. Bird droppings lie beneath it. The nest looks realistic but the size and shape of the nest seem odd. The bird does not appear. What sort of bird has built a nest on the façade of the palace?

Under the title EVEN I MUST UNDERSTAND IT, Verdonck will be working for the next two years on a series of installations, actions and other activities with which he calls attention in a visual manner to changes in our ecosystem that have now become unavoidable. Droppings and feathers, the piece he made for Palace in Wonderland, is part of this.

The white façade of Soestdijk Palace is an iconic image familiar to many and is a symbol of an important period in the history of the Royal Family. With his work of art, Verdonck refers to the fact that the royal inhabitants of Soestdijk were lovers of nature and that nature could go its own way in the landscape park. The art work suggests that nature is taking over this cultural-historical place. With this image of Soestdijk Palace, Verdonck is also responding to Soestdijk’s uncertain future and to the interplay between nature and culture. Supposing we were to leave the palace and garden to nature, what would happen then? 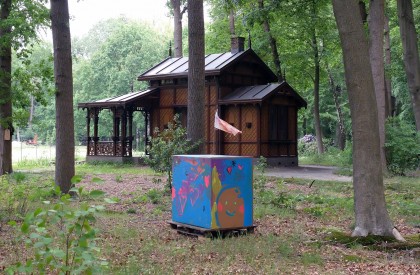 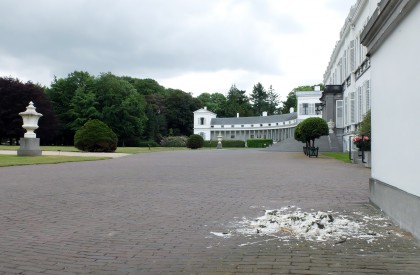 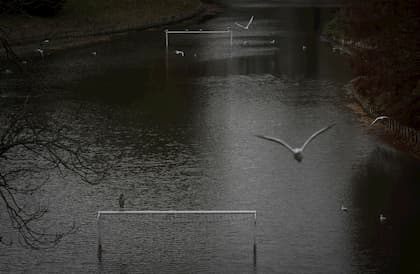 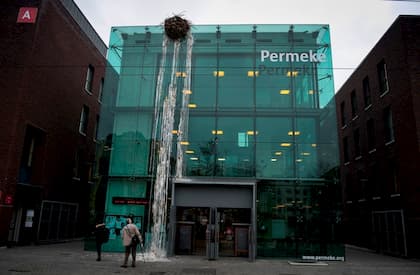 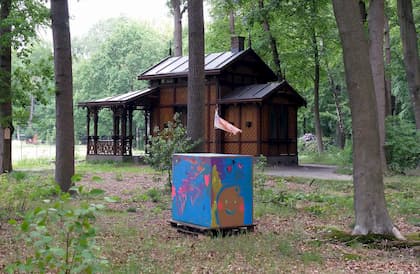