In Parable of the Talents, sci-fi author Octavia E. Butler describes how the first manned space shuttles are launched from Earth in 2090. They are heading toward a space station called Christopher Columbus. She objects to the name. “But one cannot win every battle. The name means nothing.”
On 18 February 2021, the space robot Perseverance landed on Mars. NASA named the landing station the Octavia E. Butler Landing.

In 2027, Perseverance II is launched. The shuttle hurtles through time, toward what – from a distance – looks like a burning wall. The crew’s survival kits contain instructions on how to breathe in space, a water purification unit and an AI that plays music.

The crew investigates how the approaching wall alters their imaginations and their cells, how impending doom influences the manner in which they move (or don’t move) in the vessel that is their home, how their senses and their voices change as dusk sets in and the wall grows ever closer. The crew members are surrounded by experimental DIY scale models, called 'livabilities', 'breathabilities', 'tenderites', 'future ancestors'; 3D simulations of the horizons, the bodies, the ideas and places they long for. They invent techniques to track down missing persons, look into the past and the future, contact and communicate with each other over distances, pass on knowledge and power to those who need it.

Have they ever been in this situation before? Obviously, for how else could their bodies be able to anticipate? Were they once members of another species that lives in a different time? Beings who could now tell them how to endure this crash and still come out alive?

It occurs at a different moment for each of them. Without realizing what has happened, they are upside down and gravity is nothing more than a vague memory. They now are something totally different from what they could have imagined. 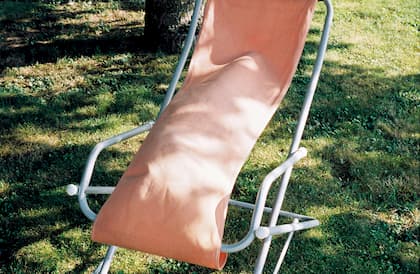 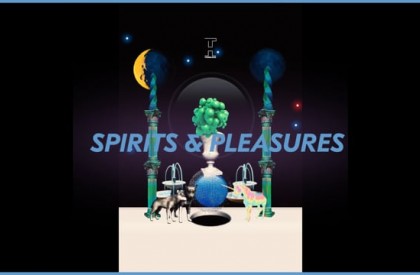 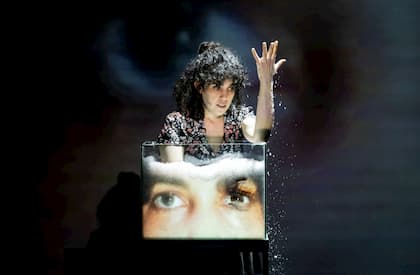 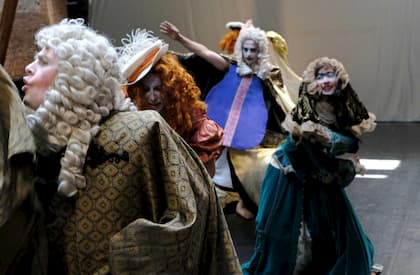