Benjamin “Since the beginning of 2015, I’ve been working on a new series of actions in public space under the umbrella title EVEN I MUST UNDERSTAND IT, similar to how I made KALENDER (Calendar) in 2009. The motivation for this new series is the subject we were just discussing: the coming changes in our ecosystem that will be extremely difficult to reverse, if you are to believe the specialists. I’ve been busy with this for quite a while now. The more you read, the more you see that this is a huge global problem that goes much further than what you can counteract on a small scale by not eating meat or not driving a car. So what to do?

“Beyond just speaking and reading about it, I now want to create work about it. Work that is autonomous but whose engagement is very clear. For instance, for Bospest (Jungle Pest) I want to have an invasive species of plant ‘break out’ along all the windows and doors of an ordinary terrace house, as if that species can only have taken possession of the house because of powers never known before.

“I would like to do the same thing with what’s now here in my studio, and what you to my great delight have recognized as swallow nests, but then oversized. You can recognize them, but they are too big and there’s too much bird shit under them. So that you get the feeling, ‘Wow, they’re back, but there are a lot of them, an awful lot, and they’re much bigger than I thought.’ If I feel a connection with nature at all, it mostly involves a fear of all the strange things that could happen to me. Malaria mosquitoes in Belgium, odd mutations, new varieties of bird flu, that sort of thing.

“Then there’s another kind of action: in the media we see hallucinatory images of flooding, the tsunami in Japan, the Elba bursting its banks, and so forth. You couldn’t dream up those images yourself: a beautiful village of chalets with only the peaks of the roofs still visible, overrun swimming pools, a boat perched on a roof… I would like to allude to those images by re-creating such situations here, but then obviously as works of art, temporary monuments, a bitter joke. For instance, with In het water (In the Water), I propose building a flooded playground in a city fountain; the spectator knows that it ‘isn’t real’, but such an image sticks in your mind and invites reflection. That’s my way of opening the conversation about this. Beuys writes, ‘Just as you have come to me to see what I have made, maybe we can sit and talk.’ That’s what I consider the core business of my work.”

Jens “So do you mean people must become aware of the threat posed by the rising sea level?”

Benjamin “First of all, I want to talk about it. Naturally I would like people to do something about it too – stop flying in airplanes or eating meat, insulating their roofs or thinking about how we can solve this by all working on it together. But the reality shows that if you can choose between two pieces of cake, you’ll always choose the one that tastes best. That has far-reaching consequences and so we’ll have to work on that in some way or another. I see my work as a constructive contribution. It certainly doesn’t forbid people anything. Anyway, it is the government that should be exerting much more control, not me as an individual. I see my work as a tool, a piece of equipment to realize something, namely the reshaping of society: the fact that people come together, think about it, discuss, disagree, have opinions…”

Jens “I indeed think it’s very important for people to talk about it. It’s better to be an inspiring example than to dictate or forbid something.”

Benjamin “Right, but I’m not satisfied with just talking. The ecological problem is urgent; to me it’s a very legible result of our neoliberal behaviour over the past one hundred, two hundred years, and I want to help resolve it through my work.” 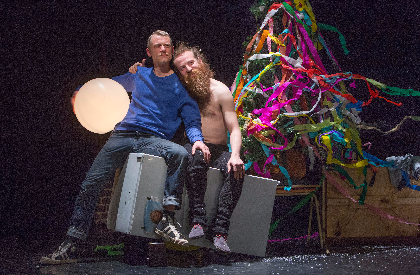 WE DON'T SPEAK TO BE UNDERSTOOD 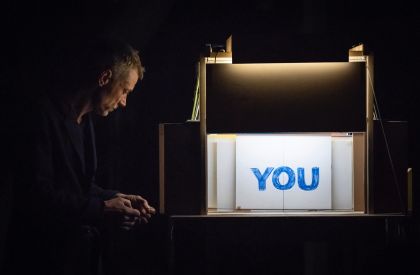